Eastern Versus Western Stories of Business

We all long for business to be about something great. Is business just about wealth creation? -- or is there a bigger story to business to which our longing points? In this video, Sherrie Johnson Smith shares Eventide’s perspective on the meaning and purpose of business.

Humanity has always believed that life – and work - is about something.

The stories we tell about life will give rise to very different outcomes depending on which story we tell. I want to share with you a couple of different stories that humanity has told about work and about business, along with the outcomes that come out of those.We’ll start with the Western story about human life – it’s the story of Pandora’s box.In this story from the Greeks, a god named Prometheus stole fire from Mt Olympus (from the other gods) and gave it to man for the development of civilization and culture. This made the other gods very angry, and so they decided to curse man for having fire. They put all these curses into a box and gave it to Pandora, who was said to be the first woman. As Pandora opened the box, and all of these curses of the world came from it – disease, death, and it might surprise you, but also work. So in the Greek telling, work was actually a curse – given by the gods.How does this story play out in Greek life and culture?

I just want to share with the eastern story, which is the story of a Garden. In this story, God himself is a worker, and he creates the world and everything that’s in it. In this telling, God places man in a garden that was richly resourced, with everything that man would need. It was incomplete in the sense that it needed developing in order to bring out its creative capacity. In this story, God gives work to humans, as a gift – not as a curse – with really a commissioning service on how to use work well.So how did this play out in Hebrew culture and in all the places where this belief spread? It’s the exact opposite of the western story:

This video expresses the views of Eventide Asset Management, LLC ("Eventide"), an investment adviser, and there is no guarantee that any investment strategy will achieve its objectives, generate profits, or avoid losses. Viewers should be aware that Eventide's approach may not produce the desired results, and Eventide's ethical values screening criteria could cause it to underperform other firms that do not have such screening criteria. All investments involve risk, including the possible loss of principal.Eventide is providing this information for informational purposes only. 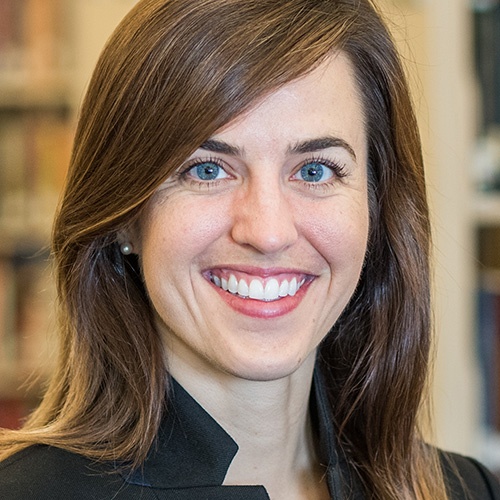 Sherrie Johnson Smith serves as Manager of Digital Marketing and Customer Experience for Eventide. She is responsible for supporting marketing, communications, and brand strategy at Eventide.