Perspectives on the rise of Values-Based Investing

Socially responsible and sustainable investing has become a dominant trend in investing. As values-based investors, how can we best approach the array of new options and data streams? Eventide CIO, Finny Kuruvilla shares his perspective.

One of the things that many investors have been noticing is how much socially responsible and sustainable investing has now seemingly overnight become a dominant theme and a dominant trend in investing. And we're delighted in that and we want to see more and more people, more and more companies embrace that. But, what we want to do here is offer some perspectives on values-based investing.

First, is just to give you a little bit of a quantitative perspective on how much values-based investing has grown. In 2017, assets under management in values-based and ESG funds grew by 29% in just one year compared to 10% in 2016.1 So a tremendous acceleration year over year. This graph here shows comparable data from a different group. This is the Sustainable Investing Foundation (the US SIF), and the US SIF here shows in this data that since 2014 there has been a 33% growth in the space and you can see the various categories and how that is growing.2

This is a fascinating study, I think, that was put together by Goldman Sachs where they simply looked at what are some of the different terms, the different keywords that are being discussed on quarterly calls. So every quarter, a publicly-traded company is required to hold a call, and they field questions from analysts and buy-side investors. And you can see here that from 2010 to 2015 there was a 21% absolute growth in the number of keywords and you can see different keywords here are things like employee turnover, water usage, sustainable investing, etc. On an absolute basis, that grew by 21% from 2010 to 2015. But, in just two years, again on an absolute basis, these are not annualized numbers, that grew by 44% in 2016 to 2017. So we see a greater awareness on the CEO side.

On top of that, corporations are being forced to respond in I think fairly impressive ways here. So there are now four publicly disclosed cases of banks actually tying loan margins with corporate ESG performance. So this is really a game changer in our view, where if you now have ESG rankings tied to cost of capital, you better believe that companies are going to be incredibly invested and incredibly determined to see their ESG rankings in a favorable zone. Another example of this comes from the S&P, Standard and Poor's, and they have a global rating agency and they have provided a list with 106 cases where environmental and climate concerns have caused them to change the rating of a company. And again if you can think about a company's ratings moving downward say and that being something where now their ability to borrow money is now impaired or at least the interest rate is higher. This is going to have a profound change in the corporate world.

At the same time, ESG and SRI investing has a major weakness. Many ESG ranking systems are actually primarily tied to disclosure, basically how many policies, how many data points are they releasing to the outside world. And so if you have a company that has lots and lots of policies and lots of different areas, those companies will naturally score better in these kinds of ranking systems. But if you think about it, this naturally favors larger companies, larger capitalized companies. These are companies that tend to have more people, more bodies, more administrators, more capacity to be able to create these kinds of policies. And I think this bar graph here shows a fairly dramatic example of that where if you look across four sectors, four quartiles here you can see that the top ranked quartiles are actually the largest companies by market cap, and in fact it's by a very large margin. And then it monotonically decreases so the companies that are the worst performing in these ranking systems are the smallest companies. And then on the right hand side, you can see that revenue growth shows a similar monotonic trend. The companies that are the most highly ranked on these ESG systems are the ones that are the most slowly growing and then conversely the ones that are the most poorly ranked are the most rapidly growing. And so in the end, do we basically just have a machine that is simply selecting for large market cap companies and slowly growing companies? Well, that's not a very interesting result but that's what ESG ranking systems are doing.

I will also add that ESG rankings tend to favor companies that are more European for reasons that are probably obvious as well. Those companies tend to be a little older, a little more policy-driven and a little more oriented around disclosures. On top of that we have a very interesting phenomenon where ESG data points are exploding. We now have over a hundred agencies that are trying to provide ranking systems of one sort or another and they're all collecting these data points and the companies are releasing more data points.

So in the face of this avalanche of data points, how do you do it right? How does one be a successful ESG values-based investor? Well, one of the most interesting results is if you simply throw the kitchen sink of data points in your investing algorithms, that actually has been shown to lead to underperformance.3 Well, why is that? Ultimately, what you really need to look at is not just more data but look at better data. We want to be looking at what is material. What are the metrics that truly matter? And in the end, that's actually something that requires human judgment. Materiality is at its core something where you look at a specific company or a broader industry and you say, 'Does this data point matter? Is this data point actually relevant for this particular company?'

And this notion of looking at materiality is something that some of the best analysts I think have picked up on. So there's an analyst whose name is Derek Bingham and he said, quote, “ESG integration is likely to be done most effectively in active managed portfolios.” So that's because of this materiality phenomenon. We also would say that focusing on management and learning to know management as well as possible. So we put a high value on sitting across the table from the C-Suite, getting to know them, getting to engage with them, getting a sense of what are the kinds of people that we are ultimately investing in? I say this all the time that investing at its core is ultimately a people business and these are features that in the end, humans need to be right at the center in.

So in addition, one of the other elements that we would point to is focusing on metrics that have a historic link to performance rather than simply counting how many policies a company is disclosing. So we would rather look at the specific metrics that have a proven and historical link to outperformance rather than just dreaming up these ideas that more policies are better.

The next point that we want to talk about here is a fascinating study that came from the Harvard Business School. So they looked at precisely this phenomenon and trying to evaluate the role of materiality. So this is a two by two table that looks at the performance, this is looking at alpha, of companies that on the Y-axis, how are they performing on material factors, and on the X-axis, how are they performing on immaterial factors. So if you perform badly on all factors you can see you're actually generating negative alpha. You're destroying value there. Negative 2.9% alpha. And if you're doing well on all factors, material and immaterial factors, you actually are doing pretty well. You're generating almost 2% of alpha there.

But if you are generating outperformance on material factors but not doing so well on immaterial factors, a very astounding result emerges. Those types of companies are actually doing annual outperformance of 6% alpha which is an incredibly impressive result there. So why is that? Why is it that doing well just on material factors and not on immaterial factors would outperform those that are seemingly doing well in everything? Well I think the result is a phenomenon known as window-dressing. So window-dressing is basically a phenomenon where you try to look good in lots of different categories, even ones in which you may not actually be doing that well in. It's basically way of gaming the system and it's a way that companies who are trying to look good in front of outsiders say, 'Oh well if we can look good across this whole range of metrics, we think that people are going to invest in us or they're going to appreciate us more.'

As opposed to companies that in the end say this is what really matters and this is where we're going to really focus on. And so this is a great example that less is more, that in the ESG world, we think that you really want to try to find companies that are focusing on the more limited range of material factors as opposed to the broader range of trying to be all things to everyone.

The CIO of the Government Pension Investment Fund of Japan has, I think, beautifully captured this whole concept in the following quote. He says, that “Asset managers have to adjust their conventional business model. Investors will be more focused on the long-term investment theme as AI will take over the short-term trading. I think that the long-term trading in the ESG-like non-numerical, non-quantitative information will continue to require human interpretation. I believe AI will release the human resource to do something else.”

So in conclusion, we believe that values-based/ESG investing, while it's accelerating, we have to be aware of a rubber-stamp mindless approach. We are delighted that more and more firms, that more and more individuals are awakening to the importance of values-based investing, but we want investors to participate in a meaningful values-based investing, not a rubber-stamped approach, and we believe that wise active management has the potential for assessing materiality and is thus best positioned to offer the potential for outperformance.

This communication is provided for informational purposes only and expresses views of Eventide Asset Management, LLC ("Eventide"), an investment adviser. There is no guarantee that any investment strategy will achieve its objectives, generate profits, or avoid losses. Eventide's values-based approach to investing may not produce desired results and could result in underperformance compared with other investments. Any reference to Eventide’s Business 360 approach is provided for illustrative purposes only and indicates a general framework of guiding principles that inform Eventide’s overall research process. Investing involves risk including the possible loss of principal. Past performance does not guarantee future results.

Before investing or sending money, an investor should carefully review investment objectives, risks, charges and expenses as provided in prospectuses and other information available at www.eventidefunds.com or by calling 1-877-771-EVEN (3836). Eventide Asset Management, LLC serves as investment adviser to the Eventide mutual funds distributed through Northern Lights Distributors, LLC (“NLD”), member FINRA/SIPC. NLD and Eventide are not affiliated entities. 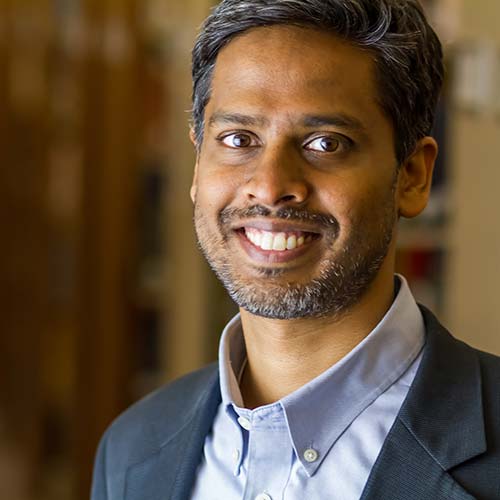 Finny serves as CIO and Portfolio Manager at Eventide.